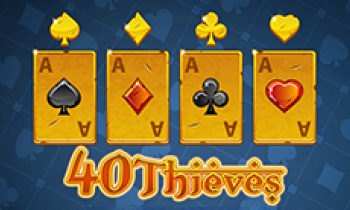 Tripeaks Solitaire is a single-player card game with easy gameplay. Your mission is to move cards down from the 3 peaks or the dealing deck into a single pile.

To start the game, we remove one card from the stockpile and it faces up on the discard pile. That card will be the first base to start deconstructing the pyramids. To win in this free online version of the classic solitaire game, flip the cards on all three peaks into the Waste, without getting covered.

You should make a series of cards that move up and down in a chain. Only opened's cards can be moved to the Waste; a card is considered open if no other cards cover it. For example, if the Waste has a 6, you can move a 5 or a 7 there. The Waste is initially empty, and you can place any card there. You can "round the corner," that is, go K A 2 A K and put an Ace on a 2 or a King.

Tips and Tricks for Tripeaks

Although it has simple gameplay, it is difficult to master the game. Before you move any card, you need to think carefully.  When you pair the cards randomly, its causes long sequences, for instance. From that, you will usually use the stockpile which can make you have no more moves available even if several cards remain on the tableau.

However, don't too worry, over 90% of all given games are solvable, according to Robert Hogue's computer data analysis of the original game. More points are awarded for longer chains, so keep going!

Tripeaks Solitaire is a variation of Pyramid Solitaire, which Robert Hogue developed and invented in 1989.